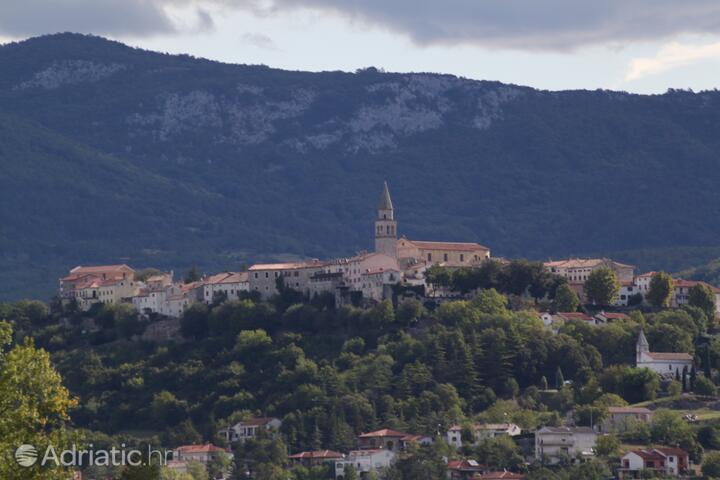 Buzet Riviera is a small empire of medieval towns on the hills of Green Istria, which includes the world's smallest town. Extraordinary forests conceal Istria's greatest treasure, the truffle. Alongside celebrations of its most famous delicacy, the highlights of Buzet Riviera are as diverse as a renewal of old crafts and a blockbuster movie festival.

Medieval Buzet town has walled in its historical attractions. Much of the town was constructed during the fifteenth century. The monumental Greater and Lesser city gates date from the following century. This journey through the Middle Ages in the Buzet Riviera continues through the Ročko Polje, where the Church of Saint Roche holds wonderful frescoes from the fourteenth century. The art of their making is kept up in workshops, where visitors, guided by artists, create their very own fresco paintings.

The unmissable historical sight of the Buzet Riviera is the Glagolitic Alley. This walkway takes you past ten monuments to the glagolitic script, an indigenous Slavic alphabet. A walk through the past ends in the world's smallest town, Hum, whose copper Gates are the eleventh and final glagolitic monument.

Natural beauties of the Buzet Riviera are found alongside Istria's longest river, Mirna. The harmony of waterfalls, old mills and stone houses awaits the visitors to Kotla and Mlina villages. Along the river, the Spa of Istria can be found, a therapeutic retreat at the foot of a 250-foot rock. The lush Motovun forest is also found in the Mirna valley. This is the richest deposit of Istrian truffles.

In the north of the Buzet Riviera, the Ćićarija plateau leads across pastures and forested sides to Istria's tallest monutain, Učka. The Učka park of nature is the ideal destination for all seekers of an active holiday. They can try their hand at mountain climbing, cave exploration, mountain biking and hang gliding.

Istrian tradition in the flavor of summer events

Buzet, the city of truffles, is home to Istria's chief gastronomic event, the Truffle days. They begin with the preparation of a gigantic truffle frittata, out of two thousand eggs and ten kilos of truffles. The traditional arts and crafts of Buzet are recalled at the Subotina fair, when old workshops such as blacksmiths, comb-makers and bakeries are reopened.

Another Buzet Riviera tradition is the medicinal brandy made of mistletoe. Made according to an old Celtic recipe, this unique product known as the Biska of Hum, is the showpiece of the Brandy Review, which takes place in Hum annually.

The nearby town of Motovun is home of one of the most popular events in all of Croatia - the Motovun film festival, which gathers many cinematic artists in a medieval ambience.

Buzet, Središnja Istra - What to do, what to see?

Search - Buzet
Live Chat Can we help you?