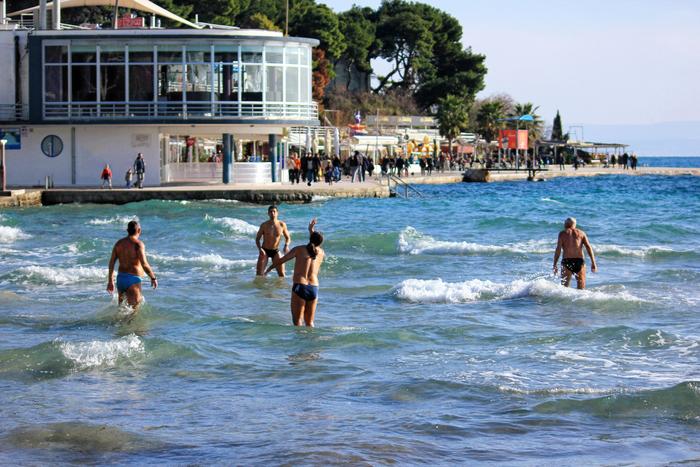 Split will celebrate New Year with traditional 'picigin'. It is a sport that originates from Split, favoured by all age groups and, to the surprise of the unaccustomed spectators, played during whole year. For years, New Year's morning in Split has been celebrated by the players on the most popular town beach Bačvice. Picigin is played in the shallow of a sand beach, hitting the ball with one hand and thus passing it to other players, and the goal is to keep the ball from touching sea surface. Many may find this game a bit naïve, but players from Split are not giving up on their favourite way of recreation. Although Split is a “birthplace” of picigin, it has been widely accepted in all Adriatic towns, as well as in Osijek, a town in the continent, where it is played on the banks of Drava river. Ministry of Culture has protected picigin as an intangible heritage of the Republic of Croatia thus giving it a special recognition.