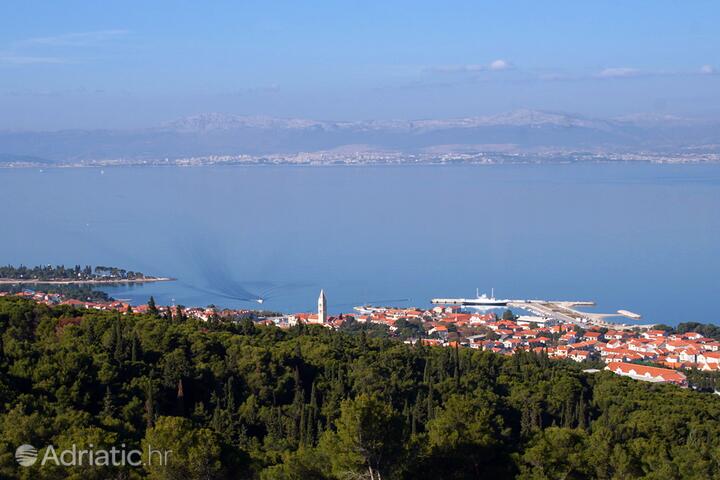 Supetar is the the largest settlement and only city on Brač. Its excellent connections to the mainland make it a perfect day trip destination. For all its tourist facilities, Supetar has managed to retain the qualities of a small town, enabling visitors to enjoy the peace and quiet, the natural beauties and harmonious urban development.

The history and culture of Supetar

Supetar's past reaches into remote antiquity, which is visibly documented by the relics found on the peninsula which today houses the town's cemetery. The remains of Roman country villas and early Christian sarcophagi testify to Supetar's age and the historical changes it was exposed to.

Supetar has no lack of sights which will delight anyone wishing to acquaint themselves with the culture of Brač island. The church of the Annunciation is a major destination in this respect. Among its many treasures, a sixth-century mosaic and modernist sculptures by the style's pioneer, Petar Jakšić, are particularly notable.

The local cemetery is another one of Supetar's extraordinary cultural sights. The most attractive mausoleum is that of the Petrinović family, built in the neo-Byzantine style, with a dominant white cupola, a valuable addition to the town's architecture.

The music of Supetar - waves in the daytime, concerts at night

The beaches of Supetar contain something for everyone. Some are abundant with entertainment facilities, while others are shelterd with pine woods and tamarisks. The sandy Bonj beach is particularly lovely. It was designed by Ivan Rendić just over 100 years ago. It was once divided in two by the line of changing huts, the sexes being segregated in this period. Bonj looks very different from this original design, but its popularity has not abated.

Supetar contains a wealth of cafés and clubs, and an event of note in the Brač Film Festival. A jazz festival, Voi'Sa Festival, the feast of Saint Peter (June 29) and the Supetar summer are only some of the remarkable events with which Supetar comes to life during the summer.

Supetar, Brač - What to do, what to see?