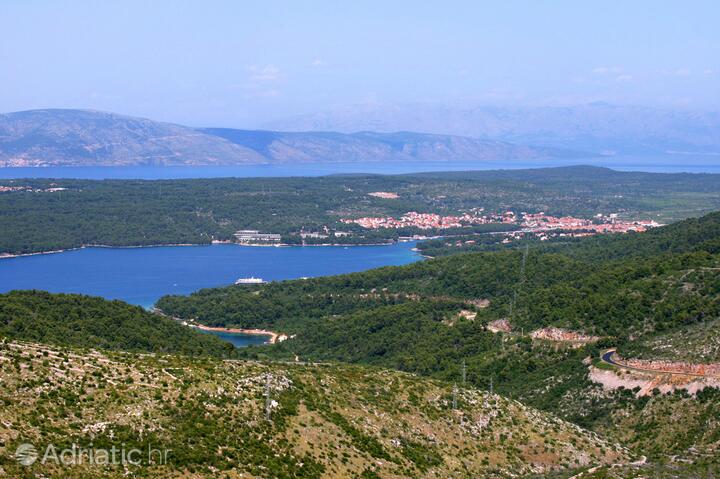 Stari Grad sits at the bottom of a wide bay in the northwest of the island of Hvar. Almost two and a half thousand years ago, it was colonized by the Greeks, from which time country villas have been scattered around the Stari Grad field. Geometrical patterns of vineyards, olive groves and lavender fields have been divided by dry stone walls into rectangles known as chora. The Stari Grad field is a well-preserved example of agriculture as practiced in antiquity. As such, it was protected by UNESCO and is included in its world heritage list. Alongside architectural diversity of its plazas and alleys, Stari Grad will show you the blue and green scenery of the authentic Mediterranean.

On the shores of the wooded bay, Stari Grad has arranged its stone houses, baroque churches, Renaissance castles and palaces. The town museum in the Neo-renaissance Biankini palace and its permanent exibit featuring a collection of objects from an ancient sunken ship will show you what life used to be like in Stari Grad. The Renaissance Tvrdalj fortress abuts the museum. The Croatian writer Petar Hektorović spent his entire life decorating this stronghold. Stari Grad is thus bedecked with its rampart, its fish pond, its pigeon coops and parks. The writer's holiday home has been adapted and readapted in the course of the centuries, but the grand edifice still pulses with the spirit of humanism preserved in stone inscriptions in Latin and Croatian.
The writer Hektorović was likewise the founder of the Church of Saint Roche, the town's patron saint, which hides a floor mosaic under its staircase. The Gothic-Renaissance church fo Saint Nicholas, as well as the lesser churches with their peculiar bell towers point to the centennial nurturing of religious culture by the island population.

Stari Grad in the flavor of its fields

The swimming marathon brings professionals and amateurs alike to the sixteen-kilometer race. Large crowds that gather are certainly stoked by partisan fervor, as well as the vicinity of shady greenery and clean waters.
Lanterna, Maslinica and Banj are well-known beaches, sure to when your appetite for seafood. For dessert we suggest the Stari Grad peppercake. A dessert delicacy shaped as a dry biscuit combines the signature flavors of the Stari Grad field - honey, the sweet wine prosecco, and a drop of olive oil.

Search - Stari Grad
Live Chat Can we help you?