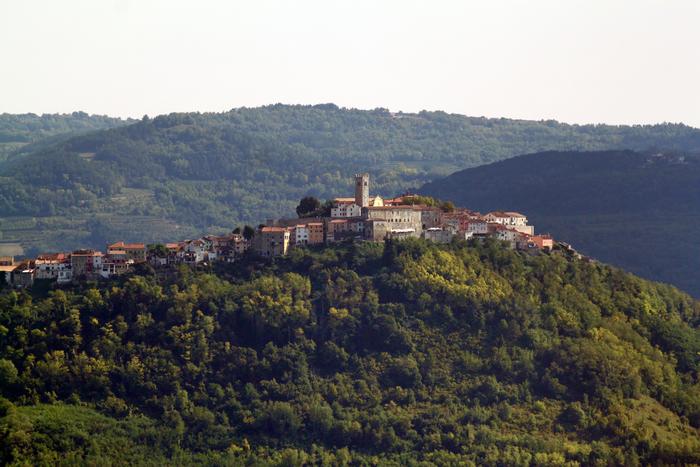 Split, Zadar, Dubrovnik or Rovinj are the cities you would probably think of on the first try if you were looking for a potential vacation destination on Adriatic. But this is not so surprising if you have in mind the popularity in the world that those cities have. If you travel to the Adriatic for the first time choosing such a destination would be a logical sequence because in just a few days spent in those cities you can see and experience the beauty of the Adriatic. However, if you want to experience life and culture on the Adriatic from the first hand, in other words, have a complete "local" experience, you should consider smaller towns.

Tourism is the main activity in the Adriatic, but the small towns are still resisting to become a mass tourist destination. After all, that is ultimately positive because by switching to mass tourism, most of the smaller cities would lose their charm. The small towns on this list have up to a to thousand inhabitants and are full of original stories and legends that you will rarely find in larger cities. They often have an interesting look that is the result of unique architectural styles and are most often surrounded by untouched nature.

One of the small places that will win you over on first sight is Labin. The town is located on a hill above the famous tourist resort of Rabac. You will rarely find a place such as Labin, which in such small area has so many important historical sights. Its story begins in the age of the Roman Empire. At the site of today's Labin, there was a place called the Albona (which means "the hill town"). True evidence of an amazing history can be found in the town's unique architecture. Many buildings are built in different styles, giving the place a beautiful colorful note. If you are walking through the narrow streets of Labin, one of the first things you will notice is Porta San Fior, a stone gate that is also a gateway to the old town center built in the 16th century. A very beautiful building is also the Baroque palace Battiala-Lazzarini which was built in two phases. In addition to the palace, there is the church of the Blessed Virgin Mary's birth in the 14th century and it is one of the most beautiful examples of Istrian secular architecture.


Want to spend this summer in a small town? Book your accommodation today and visit Labin.

According to one of the many legends, Motovun is a city lying on an ancient source of energy that makes its residents always happy. If you look at a town from afar, you might get the impression that it is a scene from the Game of Thrones or Lord of the Rings. Motovun is also located on a hill in the valley of the river Mirna and has approximately thousand inhabitants. Like many medieval towns, Motovun was fortified and therefore has its main entrance. There is also a lodge in the center of the town (loža in Croatian), a gathering place for the local population used in the past to read the notices, verdicts, and so forth, which is elevated so much that you can enjoy magnificent views from it. Apart from the beautiful architecture Motovun attracts people with a gastronomic offer and various amenities. Motovun Forest is the place where you can find the best truffles used in local meal recipes. It is worth mentioning that every summer in July Motovun is a host of a five-day film festival where they promote independent movies. With unique gastronomic delicacies, wine, and good films, it can be said for sure that Motovun is the destination for all hedonists.


Looking for a hedonistic experience? Motovun is the right place for you.

Lovran has a long tradition in tourism which began in the 19th century. This was also due to the convenient geographical position and favorable climate, which was the reason it became a favorite vacation destination for Austro-Hungarian aristocrats. Lovran has the characteristics of a medieval town, and the remains of the walls that were covering the old city center serve as evidence. In the center is the church of St. John, the patron saint of Lovran, which was built in the 12th century and located on the main square which also has the same name. Besides this church, on the square are also other historic buildings such as the city tower and the old government building. People who like long walks should visit the Lungomare, a famous promenade that is 12 km long and connects Lovran to Volosko.

Want to know why Austro-Hungarian aristocrats have chosen Lovran as a favorite resort? Book your accommodation and see this summer again.

If you want to spend a holiday on Krk and you are looking for a place that does not have big crowds in the peak of the summer season you don't need to look further than Malinska. The place is located northwest of the town of Krk and is about 12 km away. Due to the favorable position and climate, the place has a large number of sunny hours during the year. Tourism development of this place began at the time of the Austro-Hungarian Monarchy. At that time Malinska was a favorite resort and a haven for Austro-Hungarian aristocrats. Today this is a desirable tourist destination ideal for family vacations. There are also plenty of opportunities for active holidays in the resort thanks to the well-maintained cycling and running trails.

It is one of the smallest towns in Croatia that has multiple legends and historical stories. Also, it is the favorite city of many Croatian medieval rulers and the medieval Croatian church center. Considering these facts and its importance through history, Nin is an inevitable destination on the list of small towns you have to visit during your stay in the Adriatic. Because it was so important it is full of unique buildings, of which the Church of St. Cross is most important, and also known as the smallest cathedral in the world. The church of St. Nicholas is famous, especially because, according to the legend, it was a place where the newly crowned kings have shown themselves to the people for the first time. After a long history class, you can relax in one of the world's most beautiful beaches according to the American Travel Channel. Queen's beach is about 3 km long and besides the opportunity to swim in its vicinity is an area rich in healing mud.


Book your stay at Adriatic.hr and spend the summer in a royal town.

A place that is specific for the fact that its one side is stretched on the land and the other is partly stretched on the island of Murter. This little place began with its development during the rule of Napoleon in Dalmatia. For a long time, it has been under the rule of the Venetian Republic, and as evidence serve numerous buildings such as villas, the Mazzuro Palace and the government building. During its steady development, the economy relied on agriculture, fishing, and popular wine production. Today, agriculture is replaced with tourism as an important branch of the economy. If you are looking for the best local experience you should find smaller cafes where most locals gather and hang out.

Another place that kept its importance since ancient times, and which was influenced by many countries that ruled this area. Due to its important position on the Adriatic Sea, Vis was an strategic point in many historical wars. Today, the abandoned military bases from II. World War II as well as other military constructions created under various rulers. Despite its military importance through history, which partly caused isolation of the island, today Vis is predominantly a place that relies on tourism and agriculture. Along with archaeological museums and sites that will highlight the importance of Visa through various historical periods, you will have many opportunities to experience what life is like on the island. This will also help you with a rich gastronomic offer based on fish dishes, and the atmosphere will be enhanced by local restaurants where you will feel the unique spirit of the Mediterranean.

A small place which got its name due to its location below the mountain Biokovo (word "gora" means mountain and "pod" means under). Although the area is small it had a very important defensive function during Ottoman presence int his region. Podgora is a place where its residents are firmly tied with the sea. Since ancient times people have been engaged in fishing and sailing and those activities have fed the local population in a certain way. Apart from its charming appearance in Podgora you will be able to see some of the interesting sacral objects such as the church of St. From the 17th century, the church of All Saints from the 18th century. Interestingly there is an unusual building which is set just 5 meters off the coast and which, besides the lighthouse function, is also a chapel devoted to the Blessed Virgin Mary and St. Nicholas, the protector of the sailors.

Visiting the town with only 20 residents. Sounds strange? For a slightly different experience this summer you should consider visiting the smallest city in the world according to the Guinness Book of Records. Hum is a small town that will bring you back to the Middle Ages for a moment. But don't think that the size of the city is the only thing that could be interesting to tourists. Hum is extremely proud of its history and unique appearance that hasn't changed from the very beginning. In addition to the numerous fortifications used for the defense against the Ottomans and the Venetians, you must also visit the church of the Assumption of Mary as well as to the Church of St. Jeronimo from the 12th century. Except for the historical sights, you can also be part of the many century-old traditions of governor election.

Experience the historic atmosphere this summer in the smallest town in the world.

Orebić is a small town in the south of Croatia, which you must certainly consider as a summer destination. One of its advantages is that you will rarely encounter crowds even in the middle of the summer season. This small town was built in the 15th century and was named after the family of Orebić, a family with a long tradition in navy affairs who managed and controlled the city in 1584. In Orebić's history, there a majority of the population was tied to the sea life and many families had at least one member who was a captain, which is why this title is very respected until this day. The great love and tradition associated with the sea resulted in the opening of a maritime museum with exhibited items from all over the world, which are the gift of many families whose members were prominent sailors. The residents of Orebić are proud of their Catholic tradition and as witnesses of that are 40 churches.