The best cheese in Croatia 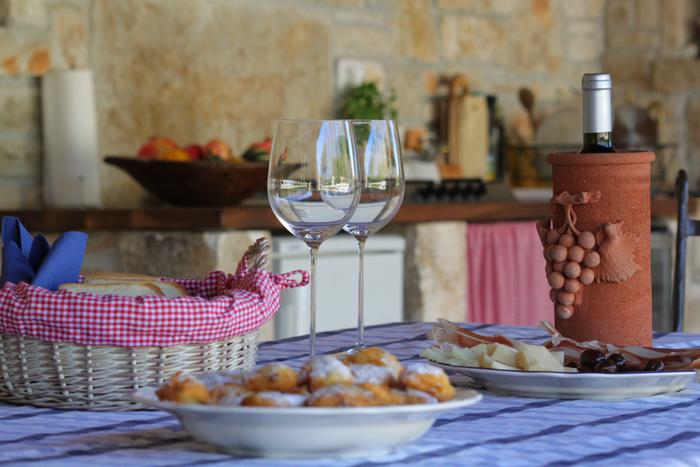 We are living in a time where the technology tries to ease and extend human life. The speed and amount of daily information are not proportional to the 24 hours we have on disposal so it is not a surprise that we are somehow forced to select the content that we want to read, watch or listen to.

That has affected our decision-making process and the way the economy works.

Most industries are aware of these type of changes, which become more intense every day, so they strive to bring right decisions that will go along with those changes. One of the industries that are trying to get along with new tides and find the „middle ground” between adapting to new trends and retaining the true identity is the food industry, especially the companies that have built their brand on their own original recipes.

Consumers are the ones who dictate the trends today, while the industry has to follow them. When we talk about food choices over the last few years, people are insisting on more organic, homemade food with traditional recipes and ways of production, and one of the leading reasons lies in increasing skepticism towards genetically modified food production and its place in future food-producing trends.

There is another challenge for the industry, which trying to figure out how to fit the demands of a rapidly expanding world population that wants more traditional, healthy, and yet cheaper food.

Small and large companies have found themselves in front of the wall because they have to choose between increasing and speeding up production process for the needs of the market or retaining the traditional ways on which they build their success and brand.

They can experiment with the innovations in the existing recipe or implement new production technologies but again they have to keep in mind that the slightest change can end up disappointing loyal customers and consequently cause more severe economic damage.

For everybody who loves to sail, we have a special offer of charter boats which can help you discover Pag from a different perspective

An island that successfully defies trends
If it is not broken, don' t fix it.

Innovations are often associated with positive changes, which bring new value to the existing structure. Yet one island insists on the opposite philosophy, and that is that following a tradition can be recognized over time and eventually rewarded.

It should be emphasized that a company that produces a cheese is trying to get along with technology but under the condition that the core rules have to remains the same.

Pag is an island in the northern Adriatic that except great geographical position, has an exceptional history, and all this had some kind of impact on the island's cheese production, whose core is preserved to this day.

The success and the popularity of this cheese are unbelievable. It won many international awards like Global Cheese Awards, for example, held in Somerset UK, a region also known for cheese production.

It is assumed that the process of making Pag cheese draws the roots in the era of the old Liburna, an Illyrian tribe that lived in the ancient times on the island.

The production itself is not complicated, but many factors are influenced by it.

The secret of the rich flavor of Pag cheese is in sheep's milk. There are no chemical processes and flavor enhancers. Included in production.

How is that possible? The natural geographical basis of Pag has a major influence on the quality of milk. It is well known that Pag is an area that is subjected to strong wind, called Bura in Croatian, which ultimately caused the "naked" appearance of the island. Thanks to this natural phenomenon, the winds throw sea salt to the scarce island vegetation called posolica.

The meadows of the island Pag are not large in size, but they contain a large number of medicinal plants such as lavender, sage, etc. In combination with seas salt brought by the wind, the meadows where the sheep are feeding have a specific taste and are very nutritional.

The other factor is the sheep of the island Pag. They are different if we compare them to the sheep in other parts of the world because they have developed the ability to adapt to the terrain that most of their surface is covered with karst. That is why also their wool is larger and heavier.

The island's eco - system takes a large part in the whole sheep breeding system, which again is responsible for the fact that the milk used for the production has a specific taste, which makes the texture of the Pag cheese different and better.

If we talk about the stages of cheese production, there are only three and that is the milking process, brewing, and cheese ripening process. During the ripening process, the cheese must be rotated once in a while so its surface can be dried equally. Sometimes oil is also applied to protect it from drying. To produce 1 kg of cheese takes about 7 liters of milk.

There are 2 types of Pag cheese. One that is approximately 2 months old, and the other that is at least over 5 months ripened.


For the best experience, it is recommended to consume the cheese in combination with prosciutto, black olives, and white bread. And the wine, of course, but if the cheese is more ripened, a glass of black wine is recommended, while the less ripened cheese goes better with the glass of white wine.

If you are a true fan of cheese and good food, Pag is an ideal destination where you could, besides tasting new dishes, find out more about the history of the agriculture and cheese production, as it is well known that there are various museums that can provide you useful information.

Although, it should be emphasized that this is not the only attraction for research. As the island is known for its sheep, you would have the chance to taste the lamb that is considered to be one of the best in Croatia.

If you have already decided to experience a gastronomic adventure on Pag, you can go to Pag's salt mill. It would be a good idea to visit the place where the salt is still produced by a combination of old methods and new technology.

It is assumed that salt production on Pag dates back to ancient Rome, but written sources refer to the period of the 9th century.

As for the cheese, salt production is influenced by a large number of sunny hours and a favorable climate. The Pag soltern has about 2.5 million square feet of swimming pools and if you are interested in the history of production you can visit the Salt Museum in the Old Town.

Visiting Pag is an excellent idea if you wish to have some fun while tasting a slice of cheese with a glass of wine. The island is a famous touristic destination but you will be able to discover some of the hidden corners and enjoy unspoiled nature, without any worries that crowds are going to bother you.

Make sure you do not treat yourself with cheese only. Do not forget that Pag is hiding a host of other classic surprises.


For those who would like to experience Pag with their families, there is an offer of family homes