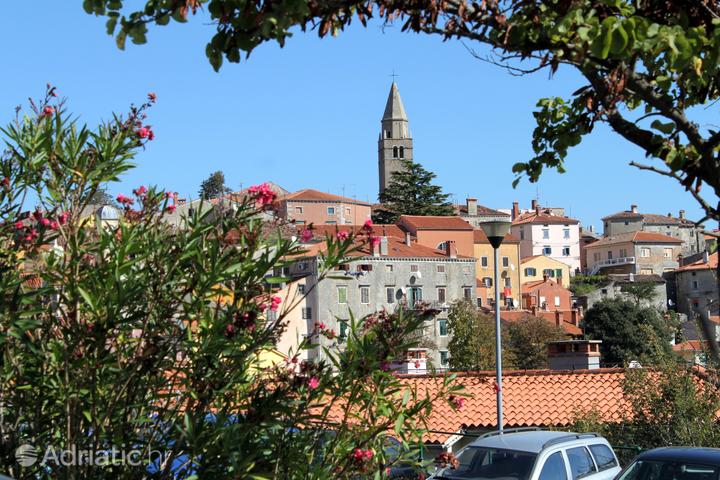 Labin, one of the originators of Croatian tourism, unlocks the secrets of its mining past to its visitory. Delightful seaside walkways and a unique combination of nature and sculpture are a small part of eastern Istria's charms. The Labin riviera is likewise at the forefront of the summer events scene - the cultural spectacle which sees Labin town transformed into an art colony and festival of mystical tales will delight all visitors.

Labin Riviera - from the mines to holidaymaking

The history of Labin Riviera begins with the name Albona, used in antiquity by the Celts to describe Labin as a hill town. Besides this old name, inscribed in a relief from the third century, the town holds onto its secrets from the distant past in the Baroque Battiala-Lazzarini palace from the eighteenth century. Nowadays it hosts the Folk museum, where a replica of a mine can be examined to acquaint one's self with the long mining history of Labin.

Points of historical interest continue their lineup in the medieval towns, where important evidence of Croatian literary past has been discovered. The chief of these are the eleventh century Plomin tablet and the legal Statute of Istria, found in Kršan and dating back to the sixteenth century.
A modern historical landmark was laid down in 1889 in Rabac - the opening of the Quarnero hotel marking the beginning of tourism on the Labin Riviera.

A road of art amidst the greenery of the Labin Riviera

One of Istria's most beautiful and scenic trekking course traverses the thick Mediterranean forest cover of the Labin riviera, between the eponymous town and Rabac. Visitors embarking on this relaxing two-mile stroll will be following a small stream, which forms small falls and charming lakes along the way.

The Labin Riviera's open-air museum is found near the town of Štrmac. This is the Sculpture park, where around ninety art works have been left on green meadows and fields. The park's greatest attraction is the White road, a half-mile path consisting of fifteen modern stone mosaics, laid down by a number of artists.

Down the coast, in Duga Luka cove, the clear sea of the Labin Riviera greets the visitors to the ancient harbor of Prtlog.

Labin Riviera - a summer republic of arts and Istrian myth

Medieval Labin town, known for its numerous ateliers and galleries, becomes the art Mecca of the riviera each summer during the "Labin Art Republic." At this time, street concerts are held featuring everything from jazz to traditional folk singing, numerous plays are produced, and sight-seeing tours continue into the night.

Visitors to the town of Rabac are delighted with folklore nights and the wining and dining celebrations of indigenous recipes known as "Ca su kuhale naše noni" or What our grandmas made.

For a trip into more ancient past, look no further than medieval Pićan town, home of Legendfest - a festival of Istrian legends, myths and stories. This true Istrian fairy-tale involves streets populated with giants, fairies and wizards, resounding with music, with plays and workshops completing the picture.