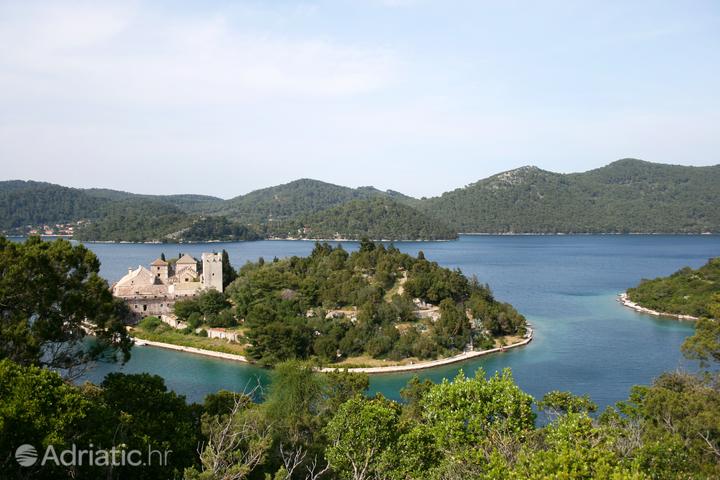 The Mljet National park takes up the northwestern third of Mljet island. This unique combination of natural rarities and cultural wealth has been put under special protection in the year 1960. This was sadly too late for the monk seal, a Mediterranean species nearing extinction.
The Mljet National park can be accessed over land by going through Crna klada, while sea access is possible in the harbors of Pomena and Polače. Already the long list of historical sights has begun: the Roman palace in Polače is, both in size and in preservation, the third most important Roman monument on the Adriatic.
The plant and animal life of Mljet National park lives in harmony with man. The villages of Polače, Goveđari, Babine Kuće, Soline, Pristanište and Pomena are therefore open to all visitors who take it upon themselves to respect this delicate balance.

Thick forests of Aleppo pine and holm, together with evergreen brush entangled with vines, hold onto a special secret within Mljet National park. Through the Soline channel, the sea has in this place crept close to the island, filled out the hollows in the rock, and created the Veliko and Malo (Greater and Lesser) lakes.
Because of the limited circulation of seawater, the Lesser lake has become something of a lagoon, making it suitable for swimming even in colder weather. According to ancient legend, you should go for a swim there with your special someone, and Mljet will see to it that you stay together forever.
On the Greater lake there is a small island, named for Saint Mary, the unofficial symbol of the National park and of the island in general. This magical corner takes up artful attire in the summer, when it hosts, from mid-July to mid-August, the Mljet summer of culture. The ticket proceeds from its shows and exibitions go towards the conservation and renovation of the valuable Benedictine monastery of Saint Mary from the twelfth century.

Numerous hiking and biking trails offer spectacular vistas of Mljet island. From the safety of thick brushwood, deers, bighorn sheep and wild hares keep you in a corner of their eyes.
The submarine areas of Mljet National park is bedecked with shellfish - scallops, clams, cockles... swimmers need not be alarmed at the appearance of a sky-blue jellyfish, the Aurelia, which is completely harmless.
The romantic spirit will awaken in the discovery of beaches and marine coves on a canoeing trip, while those wishing for an adrenaline-fueled challenge are encouraged to try Mljet national park in October, when it hosts the traditional international triathlon event known as the Half Ironman.

Search - National Park Mljet
Live Chat Can we help you?