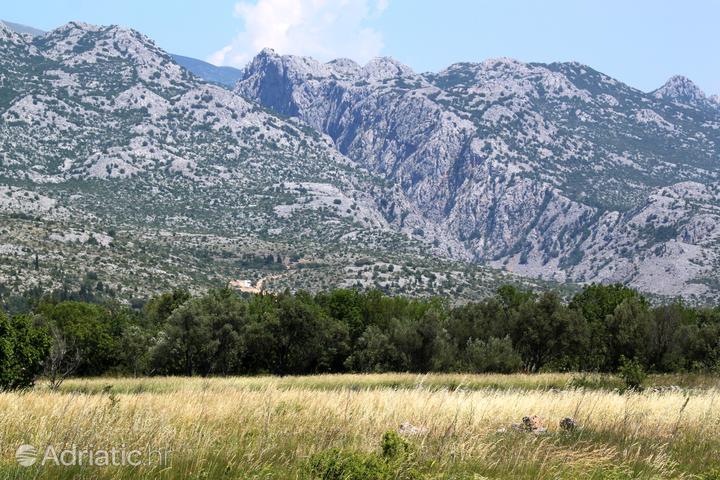 It's less known that Paklenica National Park is an area rich with diverse geomorphological forms, hiding numerous endemic plant and animal species both above and beneath the Earth surface. Out of 1,000 recorded plant species and subspecies, 79 of them are endemic. The uniqueness of Paklenica National Park derives from its inexplicable natural beauties – canyon cliffs of up to 700 meters in height, mountain plateaus covered with scarce grass and thick forests crowded with downy oak, oriental hornbeam and black pine – cultural and historical treasures, and hundreds kilometers of mountain trails featuring adventurous bouldering competitions.

The Underground of Paklenica National Park

Besides wild forests and steep cliffs, Paklenica National Park prides itself with underground caves and pits which served as homes to both bears and their hunters 30 thousand years ago and were later on upgraded to small dwellings. Today these spots are rich with pottery, arms and bones remains that tell their old story to all the curious mountain walkers and climbers.

Out of 53 pits and 37 caves in Paklenica National Park, do your best not to miss Manita peć (Fools Oven) cause it will astonish you at the spot with its first hall and then later on with 80 thousand years old peculiar stalagmites and stalactites which were due to their appearance named helmet, organ and witch.

Trails Through the Kingdom of Steep Cliffs

Walking and bike trails, enriched here and there with little brooks, will lead you through Paklenica National Park revealing you high steep cliffs, protected butterfly species, unusual birds, rare plants and human artifacts – water mills and Paklenica Mill. You'll find the Marasović etno-house, renovated authentic stone house indigenous to this area, at the very entrance to Paklenica National Park. Besides souvenirs and information, inside it you can find refreshment to keep you going on long mountain and climbing trails ahead of you. You'll need several days if you want to conquer all the trails and peaks of Paklenica so settle yourself in cozy accommodation of Starigrad and Seline and enjoy the kingdom of steep cliffs in Paklenica National Park.