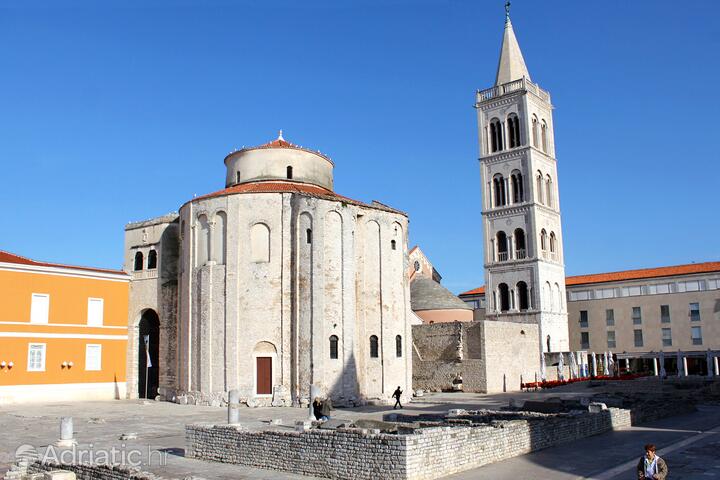 With 3000 years of storied history on its shoulders, the city of Zadar delights also with the very contemporary art installations, in some ways far ahead of its time. The Greeting to the Sun and the Sea Organ, creatively blended with the environment, have turned Zadar's promenade into a gathering place, and reintroduced Zadar as a supreme holiday destination.

Zadar has revamped its main thoroughfare, Kalelarga, a street "older than the city itself" with modern tones and turned it into a living art form as part of the KalelargArt street art festival.

Zadar talking to the sun and sea

Zadar has placed solar panels amongst the stone paving of its promenade, meant to represent planets of the Solar system. This art installation, known as the Greeting to the Sun, at twilight becomes the master of a luminous game, as the accumulated solar energy goes back out in a spectrum of color and intensity. In its immediate vicinity Zadar has tucked away another spokesperson of nature. Listen to the unique symphony composed by the sea and the wind, as they squeeze through the tubes of the Sea Organ.

The Roman forum, dating back to the first century, arises as though from some picture-book of history. Amidst its remains, the church of Saint Donatus was built in the 8th century. Its unusual cylindrical shape has made it a landmark of the city, while its extraordinary acoustics contributed to its hosting the traditional Nights of music. The Zadar cathedral of Saint Anastasia, adorned with floral Gothic decorations, stands out among Dalmatian churches by its size and monumental architecture.

Palaces and town squares which Zadar seems to reveal behind every corner are not only reminders of its tumultous past. The Arsenal, an invaluable cultural monument built in the 16th century, doubles as an indoor town square, the stage for exibitions and concerts.

To make the crossing of Zadar harbor, one can hire the service of a "barkajol" and his small rowboat. This ancient tradition has become something of a Zadar trademark. But if you want a memory of Zadar to actually take home with you, the bittersweet liquir Maraschino fits the bill perfectly with its sixteenth-century recipe and its handmade wickerwork bottle.