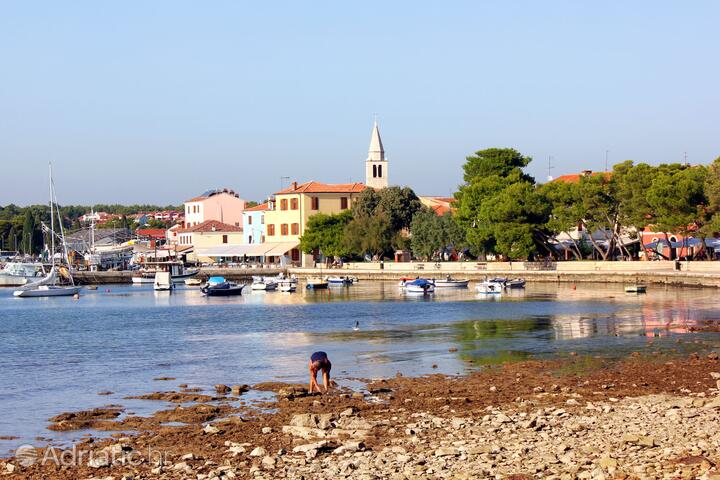 A fishing tradition which permeats all aspects of life, from dining to art, is the attraction known by a single name - Fažana. A small fishing academy, a sardine sculpture park and numerous summer events devoted to the little fish are all just parts of a maritime dream which draws bigger crowds each summer than it did the summer before. Fažana offers also the additional attraction of a visit to Brijuni, the national park consisting of fourteen heavenly islands, the beauty of which will leave visitors breathless.

The sardine has been a symbol of Fažana for centuries and is the hub and axis of most summer events which take place in the town. This fishing tradition has found its way even to the sculptures which adorn the appealing open air gallery known as Sardine park.

A veritable sardine school - the Little fishing academy - opens its doors to the visitors. All the secrets of its catching and preparation can be learned here. Summer entertainment in Fažana is unsurprisingly flavored with fishermen's stories and seafood specialties. The high point in the town's dining season is the Rhapsody in blue - a culinary event which treats visitors to one hundred different ways to make... sardines.

Fažana - the first stop towards a Croatian slice of heaven

Fažana was known in Roman times for the production of amphoras. Its streets still hold many clues to its ancient past. In the fifteenth century, the church of Saint Cosmas and Damian was built here, on the very brink of the sea, and later surrounded by medieval houses.

Fažana is also known for being the departure point for visits to the Brijuni National park. The islands which constitute it are, according to legend, small pieces of paradise scattered in the sea. The unforgettable visit to this fourteen-island archipelago will be highlighted by a safari-park, where a diverse animal kingdom wanders uninhibited around the untouched greenery of the island. Brijuni also offer a chance for a scientific walk "in the footsteps of dinosaurs" which have left their footprints on the heavenly islands long ago.

Search - Fažana
Live Chat Can we help you?